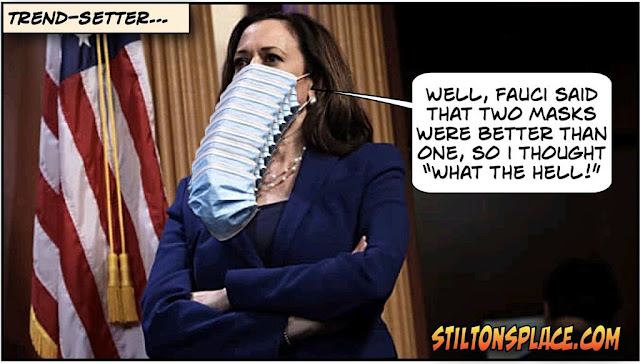 Posted by Stilton Jarlsberg at 12:05 AM

The Poopometer gets cranked up to eleven when even pointed in the general directon of Joe Bidet...

When I was in basic training we had a few men who were always going to the dispensary to get their dose of cough medicine (codeine). I don't know if they graduated. I think the future will have guys continually in pre or post subtract a dicktomy or psych eval for said operation.

Joe Bidet! I love it! Thanks @MMM

I understand there was a coda attached to the transsexual edict which is the Blumenthal Ribbon, awarded for thinking about the military but not actually joining. Those awarded the Blumenthal Ribbon with oak leaf cluster are also eligible to believe they deserve full retirement benefits, which will probably come to fruition.


(I deleted my original post because I edited a critical word out by accident. Nurse, my coffee IV needs a refill.)

Well, if any KKK'er gets snide with any Hawaiian, the aforementioned Hawaiian should respond with a hearty "Kanakapiki!"

Is it wrong to compare the picture above of Kamala Harris with Jar-Jar Binks ? Has anyone seen both of them in the same room at the same time ?

Not in line with today's comment thread, but given the tenor of current discourse, I am now struck by the delicious irony of the motto the WaPo adopted (and continues to use) soon after the President Trump's election: "Democracy Dies in Darkness' .

Yes under the "progressive" neo-fascists democrats , democracy can indeed die in darkness

Still can't get my head around the fact that the folks who favor quotas and set-asides based on race get away with calling those who favor a colorblind society where people are judged on merit (the content of their character) racists. The "Ministry of Truth" is definitely hard at work.

A comment of the VP Harris pic: Am I the only one who has noticed, probably since Civil War 2.0, how just about everybody who is impressed with their own self importance there in D.C. is now wearing black face masks? What has happened to the wide and diverse array of colors and patterns that have been on display? Where are the Kunta Kinte masks? The "Kill Trump masks?

Did Gropin' Joe sign a decree that all "official" masks must be black? The recent March of the Clowns delivery of the one, single, pathetic, Impeachment charge from the House to the Senate looked like a parade of undertakers.

Who is that masked man?

Joe Biden, who at his current pace of issuing executive orders will have nothing left to ruin by early Spring...

I declare that the quote of the week.

Asian Americans have always been a thorn in the side of the Progressive narrative of a racially unjust America. Even after enduring racial injustice comparable to what black Americans had to endure in the middle of the 20th century, they preservered. (I grew up with many friends who's parents and grandparents were robbed of their property and became unwilling guests at Manzanar) On average they overachieve white Americans both academically and economically. And that includes Asians who arrive on our shores penniless. As a demographic, they don't stay that way for long. Progressives hate them for their refusal of seats on the grievance train and excelling in America anyway.

That in the 21st century our colleges openly discriminate against a racial group is not only embarrassing, but demonstrates the fraud that academia has become in America. It's just another example of how academia is less the meritocracy it pretends to be than a jobs program for economically useless Progressives seeking to force their defective world view on the rest of the world.

Why only Two: So the guy who once lied to us that masks were unnecessary now suggests two. Personally, I'm now going to wear five; Not because of any anti-viral efficacy they might behold, but because I believe that they'll reduce my CO2 emissions. Science!

Trans-mission Problem: Just another example of the left's efforts to turn the entire country into an insane and dysfunctional college campus. The only difference is that their dorm rooms and campus is prettier than mine.

@Fish Out of Water, speaking of the WaPo, did you catch the irony of this?

So the owner of the WaPo, a paper that endorsed mail-in voting because "Pandemic!" and assured us that it will be fraud-free will only tolerate in-person voting when it comes to unionizing his company.

@John the Econ: To really reduce your personal CO2 emissions, you will also need to wear Biden Britches (Depends) on the other end from the masks. And I just noticed that britches and Depends are already plural.

Somebody tryna tell us sumpin?


From personal experince, I absolutely loathe unions, but in this case, hope Bezos gets saddled with one.


I will bet that if Bezos' Amazon shop votes for the union that he'll shut it down fast enough to make the employees' heads spin.

That aside, I hope you don't assume *everyone* with a black mask is "impressed with their own self importance." I've been wearing black since I cut the legs and crotch off a pair of tights and pulled the top down over my face. (Kinda reminiscent of little kids discovering they can wear their BVDs on their head.). Been doing that since they asked our cooperation "for two weeks, to flatten the curve" -- dang near a year ago....

And musing about masks -- was just thinking (again) about the irony of the situation: a little over a year ago, I would've been regarded with suspicion if I'd walked into a bank with a black mask on. Now I'll be regarded as a suspect character if I walk in there *without* my mask!

@Readers- Greetings, all! I'll apologize again for not writing much in this space, but I'm still messing with hand pain. The question is whether I have carpal tunnel, arthritis, or (likeliest) both. Speech-to-text still isn't working out for me, although I suppose it could work if I don't mind sounding vaguely brain damaged like, oh, Joe Effing Biden. Carry on!

Is that a ten-pack of disposable paper thongs?


Gropey Joe wants "us" to wear masks for just 100 days. We've been wearing masks (when absolutely necessary only) for over 300 days and they haven't helped a damn thing. How is another 100 days going to do anything?

I wish I were in the position to ask Gropey Joe if he knows where Kamalatoe is, like every 20 minutes. "Hey Joe, do you know where Kamalatoe is? I just saw her 10 minutes ago reading a copy of the 25th Amendment."