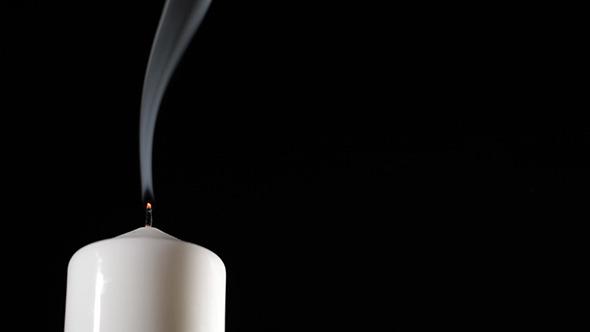 The world of real journalism lost an important voice last week with the death of Pulitzer Prize-winning Wall Street Journal editorial writer Joseph Rago. He was only 34.


Regular readers of this blog know that in a world of increasingly fake news, the Wall Street Journal has been one of our last recommended sources for solid reporting and worthwhile editorial thought. Rago was responsible for some of the best of those editorials.

His trademarks included incisive analysis and the ability to simplify and explain complex issues, all with a refreshingly subtle but stiletto-accurate wit. His editorials were a pleasure to read and contemplate, whether we agreed with him on the issues or not (and usually we did).

Losing his unique mind and voice in these chaotic times is a tragedy. He should have had many more years to enlighten, convince, and influence Conservative thought. At the time of this writing, his cause of death is unknown.

On a personal level, Rago's death hits us hard - much like the deaths of former newsman and Presidential spokesman Tony Snow, and muckraker extraordinaire Andrew Breitbart. Their energy, insights, and wisdom were a balm to the ills of an increasingly inane and insane world of media . Their very existence gave us hope and optimism.

Rest in peace, Mr. Rago. And thank you for doing so well what so few can do at all. 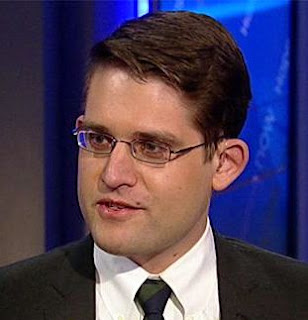 Click here for a good example of Joseph Rago's writing.

Sad news, indeed. Most of us probably never gave a second thought to passing away at such a young age (some did, but we weren't in "safe careers"). It's a good time to take a moment, pray for Rago and his loved ones, and ask ourselves what we would regret leaving unsaid, or unforgiven, if we didn't have tomorrow.

Geez 34...way too early. Well, I've never been on to say "Rest in Peace". I say, "As you gave them hell here on Earth, continue giving them hell wherever your journey tales you."

And to "Anonymous", I had tweeted this last year, around the time another coincidental cadaver appeared on the scene.

The mark of a genuine conservative is compassion and introspection. The ability to share and, yes, feel with and for others- to actually have that which makes us human. When we talk of the masses we are not detached looking down upon them but actually part of them.... These ability to truly laugh and smile deeply also allows and actually makes us also feel grief and empathy with others pains.
I didn't know you Mr Rago but if you touched and affected Stilton than in a way you touched all of us here.
God bless you and all who loved you Mr Rago......

Please excuse the grammatical error. Hopefully the thoughts can transcend my bad grammar and spelling...

I read about him yesterday - so young, but no explanation of why.

Why is it so many young conservatives are dying? You can add Michael Crichton and Vince Flynn to that list.

I am very sorry for the passing of this very talented young man. His family will always be asking, "Why, How, Who?" There is no doubt these entanglements are all connected and I hope it wasn't just for money they had early exits. It still amazes me that folks will do about anything to get more than they need but not as much as they want. What is the point? Do they not understand that death takes us all and if you have one buck left over, someone else benefits from your labor or crimes or criminality? Sort of like stealing for someone else isn't it. May he rest in peace and if foul play was involved maybe the culprit will be caught.

RIP Mr. Rago. You are gone much too soon.

I rarely have time for online videos, but I would find myself sticking around to hear what Joseph Rago had to say on most topics. His exceedingly erudite takes on the issues of the day belied his youth. He and people like him are reasons I continue to pay the increasingly absurd price for a subscription to the Wall Street Journal. My pleasurable lunchtime routine of reading my print edition will not be the same.

Too many who are good, are gone far too soon.

I raise my glass in tribute.

A brilliant mind, true conservative and outstanding writer.
He will be missed especially on the editorial pages of the WSJ where he did outstanding analysis and such eloquent writing.

My daughter was a Bartley Fellow at the WSJ. . I distinctly remember her talking about his brilliance and humility. A "regular" guy. It goes without saying he was a great writer and reporter. Even though he seemed uncomfortable on television, there was no mistaking those around him respected him immensely. So young. I feel saddened, not just for his family and colleagues, but for the loss of his gifts and talent toys. God Bless him.

Correction! I don't know how toys wound up in that sentence.

@Shawn- It's unthinkable to me that he died so young. When I think of the years of his insights we're now denied, well, it just casts a pall on me.

@Anonymous- I wouldn't say that the website you linked to exactly screams credibility. Still, I can't say that I'm 100% sure there's no truth there.

@pgm1972- There does come a time when we have to ask if coincidence can really account for everything. That being said, I'm still hoping a natural and plausible cause of death will be found.

@REM1875- Well put. To me, conservatism is all about compassion and wanting the best for others (and realizing that this is accomplished by helping them lift themselves up). By contrast, liberalism strikes me as being solely about people wanting to feel good about themselves while not really helping others at all.

And yes, somehow Joseph Rago touched our family personally - just by being smart, funny, hopeful, and a very genuine person (to the extent that we could tell watching him on television).

@Tracy Evans- I keep going to the news sites looking for an answer, but as of 8pm on Monday evening, I still haven't seen anything.

@Liberty Card- It sure seems that way, doesn't it? And yet where are the liberal ratbags who are dying off? I'm not saying I wish that to happen, I'm just saying that statistically things are out of whack.

@James Daily- If his passing was natural (say, an unsuspected heart condition) then I'll at least be glad he accomplished so much while young. But still, damn...

@Lee the Voice- Indeed so.

@John the Econ- The cost of a subscription to the Wall Street Journal is high...and worth it. Around here, we treat it as a beacon of sanity. The "Journal Report" weekend show on Fox, where Mr. Rago often appeared, is always a great show; smart people discussing stories without hyperbole or screaming.

@Tots- I'll join you in that toast.

@Anonymous- He seemed to project "regular guy" when on the air. When he first started appearing on the Journal Report, I thought he seemed a bit uneasy being on camera - it wasn't his natural element. But he grew into it quickly enough. Despite his intelligence and erudition, I never felt like he was talking down to us - unlike the attitudes of so many on the left who aren't even remotely his intellectual equal.

Did he have anything to do with Hilary, her husband, or any other staff, living or deal?

Shouldn't know, but I do. Cause listed as AEA.

@Hinsley Ford- I can't find confirmation of this from any source I consider legitimate. Moreover, the first responders reported "no signs of trauma," which wouldn't square with AEA. If you have additional/verifiable information, I'd be interested.