REPORTER: Why is this outbreak happening now?

FAUCI: It's as close to November as we were able to time it.

REPORTER: Will we be seeing a lot more feces-flinging?

FAUCI: No, just the usual amount for an election year.

REPORTER: Can Monkeypox be transmitted by air?

FAUCI: We don't know yet, but if you hear a fart and smell bananas you should run.

REPORTER: What are the early signs of Monkeypox?

FAUCI: You get "Last Train to Clarksville" stuck in your head.

REPORTER: Why is a third-world disease breaking out in America?

REPORTER: It's good to see you still have your puckish sense of humor, Doctor.

Your Rant Is Due 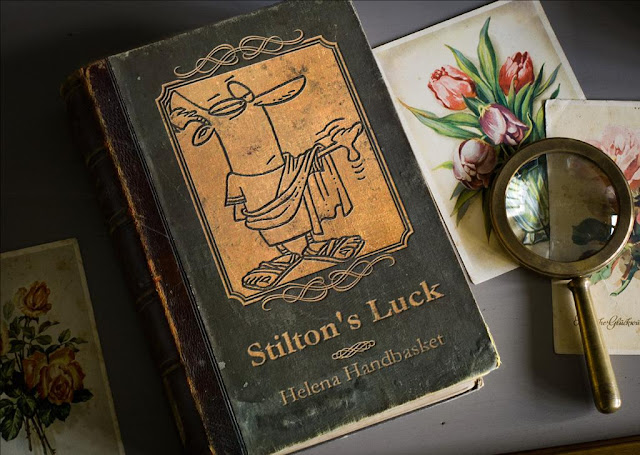 Happy Friday the 13th! I won't even try to pretend that today's post is about anything other than me whining, bitching, and moaning. For nearly the past half-century, Kathy was the one to listen to my woes and pat my hand, saying "there, there." Which weren't words of comfort so much as her indicating where her wine glass was, so I could fetch it for her (filled to the top) before I started kvetching.

But she's not here, so you've been drafted. I'll pause if you'd like to get a refreshing beverage first.
(taps foot, examines fingernails, hums "The Girl From Ipanema," wonders whatever happened to fidget-spinners...)
Okay, time's up! Here comes my litany of complaints...

• Today marks exactly two months since we lost Kathy. And it just sucks. The days aren't getting better, they just stack up on my shoulders getting incrementally heavier. I wish I could say that it was otherwise, but it ain't.

• Some of you may have seen in the comments that last Saturday, I very briefly (20 minutes or less) lost sight in a portion of my right eye. Knowing this could be serious, I immediately went to Sam's Club to have their possibly-trained optometrist look in my eye with a surgical-grade flashlight. He said that things looked okay to him, but that I might have had an "ocular migraine" caused by restricted blood flow to the eyeball.

Since that time, I've had a CT scan which didn't show any bleeding, aneurysms, or hemorrhaging that would cause anything, but it did show that my brain has an embedded "arachnoid cyst" which my doctor said that I shouldn't worry about. Which would have been a good place to stop, but he couldn't resist adding "...for now." But seriously, it's probably not a problematic thing. Just a brain cyst that apparently looks like a frigging spider.

The doctor also had me go in for an ultrasound of the arteries in my neck (they're fine), and tomorrow I go in for an EKG. After which I'm having a monitor glued to my chest to record any mischief my heart gets up to for the next two weeks.

• For the reasons cited above, every day this week I've ended up going to the same medical facility that I took Kathy to for five years. As you can imagine, that's not an emotionally neutral thing for me to do.

• Meanwhile in the world of finance, I see that my retirement account has declined over $300k since the start of the year. Granted, I've recently had a very strong reminder that money isn't the most precious thing in our lives...but even so, a loss that big is still kind of a white-hot serrated rectum-reamer (as Milton Friedman used to say after a couple of stiff drinks).

• Kathy liked sweet potato vines in our backyard but I couldn't find any at the garden store so I've been trying to grow my own. And as of this week, we've finally got leaves! I laugh in the face of supply chain issues! 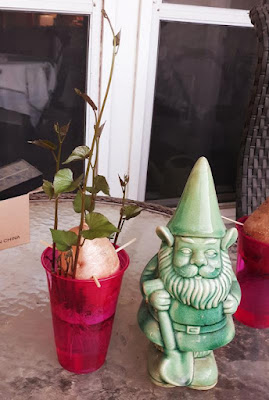 • Thanks to the new Omicron Subvariant BA.2.12.1, it's now official that the government has given up trying to find catchy names for each new iteration of Fauci's China Plague.
• And finally, experts (I use the term both loosely and ironically) are now telling us that smiling is racist. Which is good news because, for a while at least, I can pretty easily manage to keep my smiling under control.
Posted by Stilton Jarlsberg at 12:00 AM 67 comments:

Another week has passed, so it seems like a good idea to poke my head up and give a small status report so you don't think I'm on a bender and living under a bridge somewhere. Mind you, I've got nothing against bridges, but I don't want to share my Nutty Buddy Bars (my drug of choice) with any other derelicts.

The cartoon above really sums things up pretty well, so let me throw some random thoughts down just to pad things out...

• I opened that 30-year-old Scotch and gave it a try. Truthfully, it's okay but didn't send waves of pleasure coursing through my body. It was smoother than Clan MacGregor or my current dreadful plastic jug of "Inver House," but not enough smoother to impress me much. I prefer my "good stuff for cheapskates" Scotch, which is a 12-year old Grangestone aged in a Sherry Cask and sells for about $30 a bottle. Now that stuff is tasty.

• My decision to avoid the (ahem) "news" was reinforced today when I flipped on the radio on my way to a long-overdue dental appointment. Galloping inflation, stock market nosedive, Roe v. Wade hysteria, Putin threatening to deploy nukes and chemical weapons, mystery liver failures in young kids, and yet another comedian attacked onstage. Hey, world, thanks a lot for the big effort to cheer me up!

• I've finally started working on my taxes (after filing for an extension some weeks ago). So I'm only days away from finding out how much I'm going to have to pay for some liberal nimrod's neglected college loan and useless degree.

• Although I already mentioned it in the comments section, last Friday I was successfully able to give blood and it was the best I'd felt any anything in quite a while. I now have to wait another seven weeks until I can give again, but in the meanwhile, I can encourage others to donate blood. So please, do it! There were times when Kathy was told she could bleed out if she sneezed or clenched her butt. The only remedy was a bag of platelets. The problem was that sometimes there wasn't one available. Donating blood isn't just a good deed, it's a great deed and easy to do.

• As always, thank you for the continuing support you share with Daughter J and me!